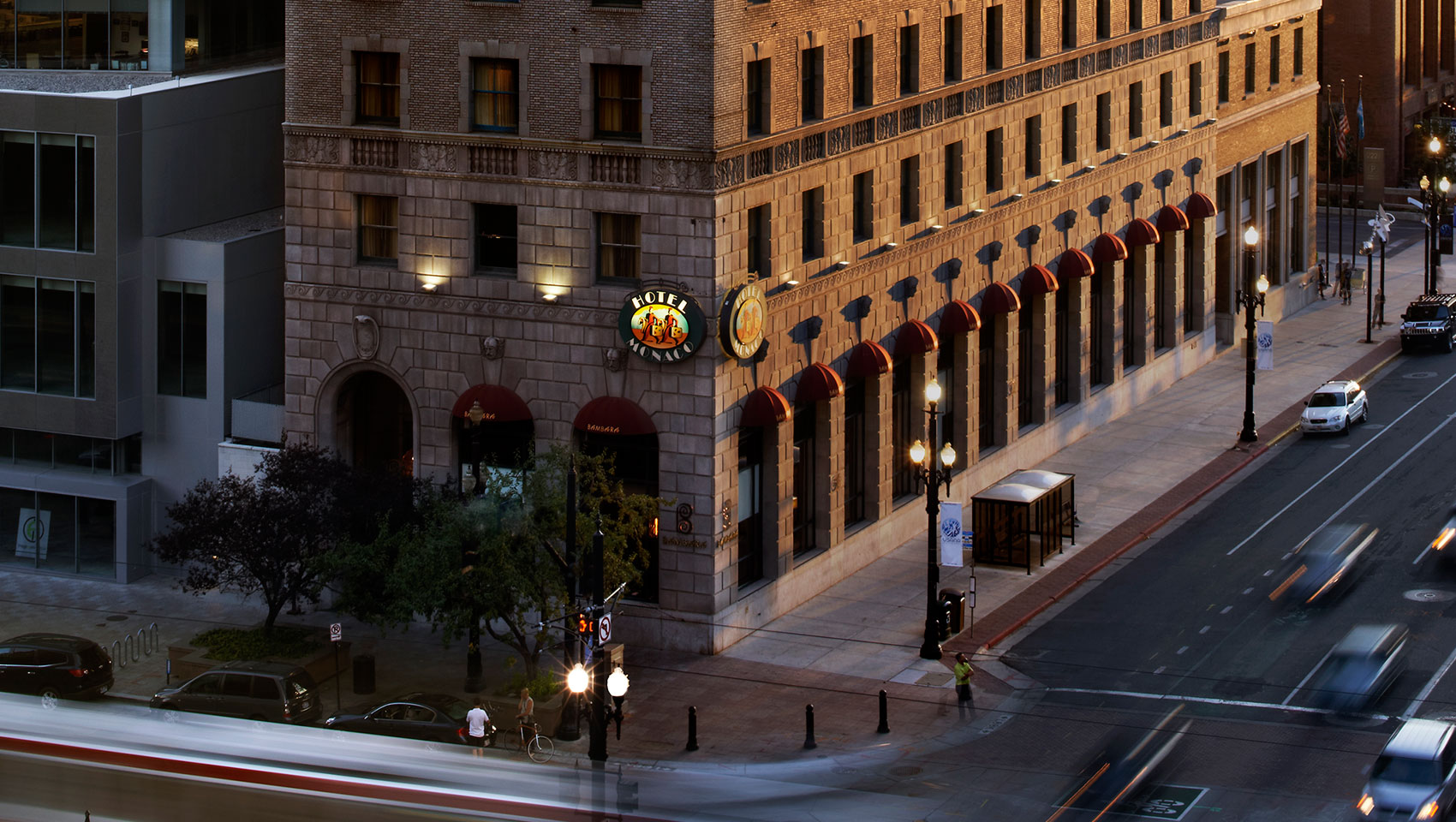 A HISTORIC HOTEL IN SALT LAKE

The Hotel Monaco building comes with a storied past

The site of the Kimpton Hotel Monaco Salt Lake City has lived many lives and played a role in the evolution of Salt Lake City since the 1860’s. In different iterations it changed hands among several different owners including powerful men like Simon Bamberger and James Cosgriff, who each and contributed significantly to the shaping of the city and even the state. Below is a brief glimpse at the history of 15 West 200 South.

Elements of the hotel's history can still be found in the décor and the architecture. 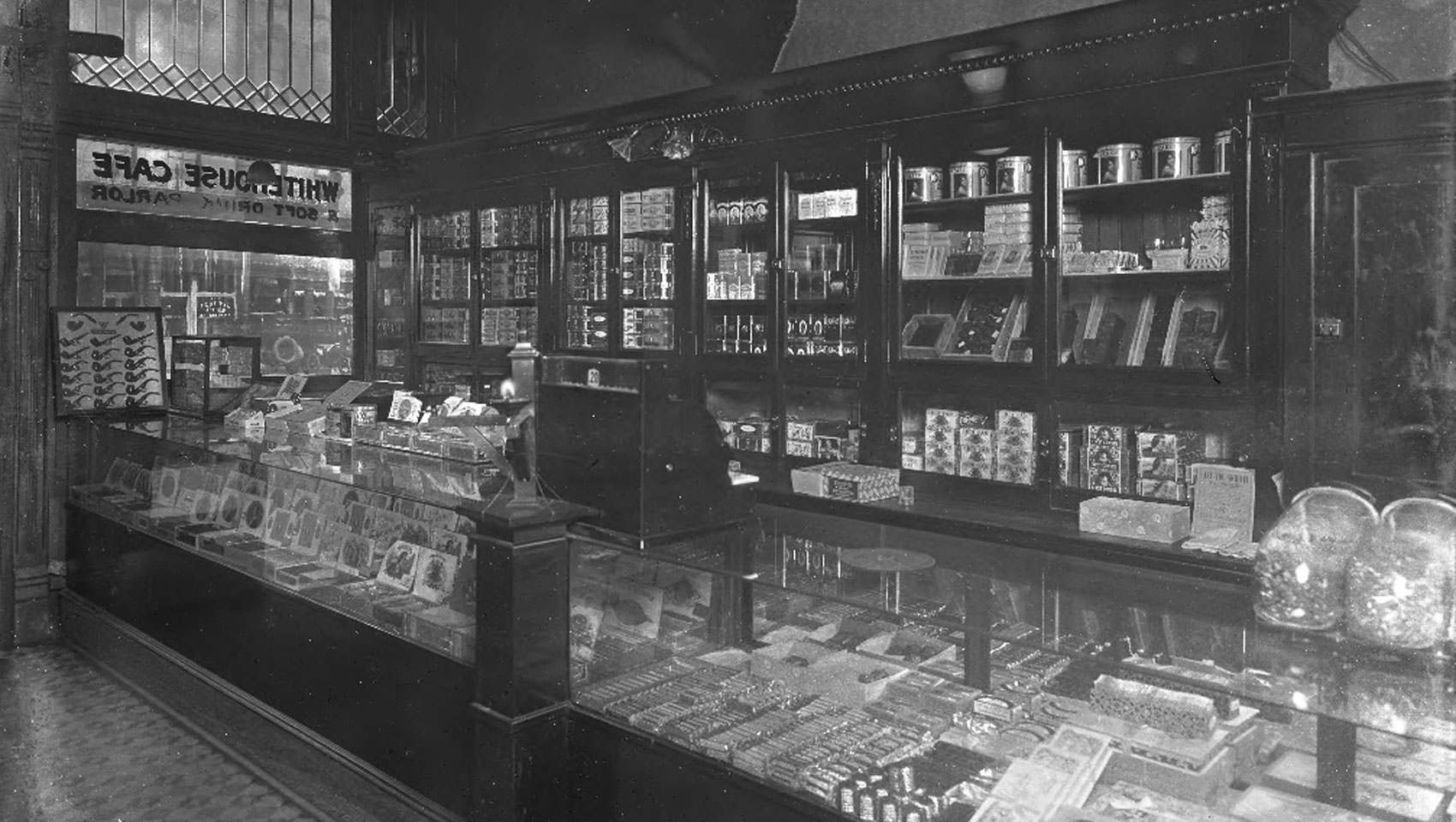 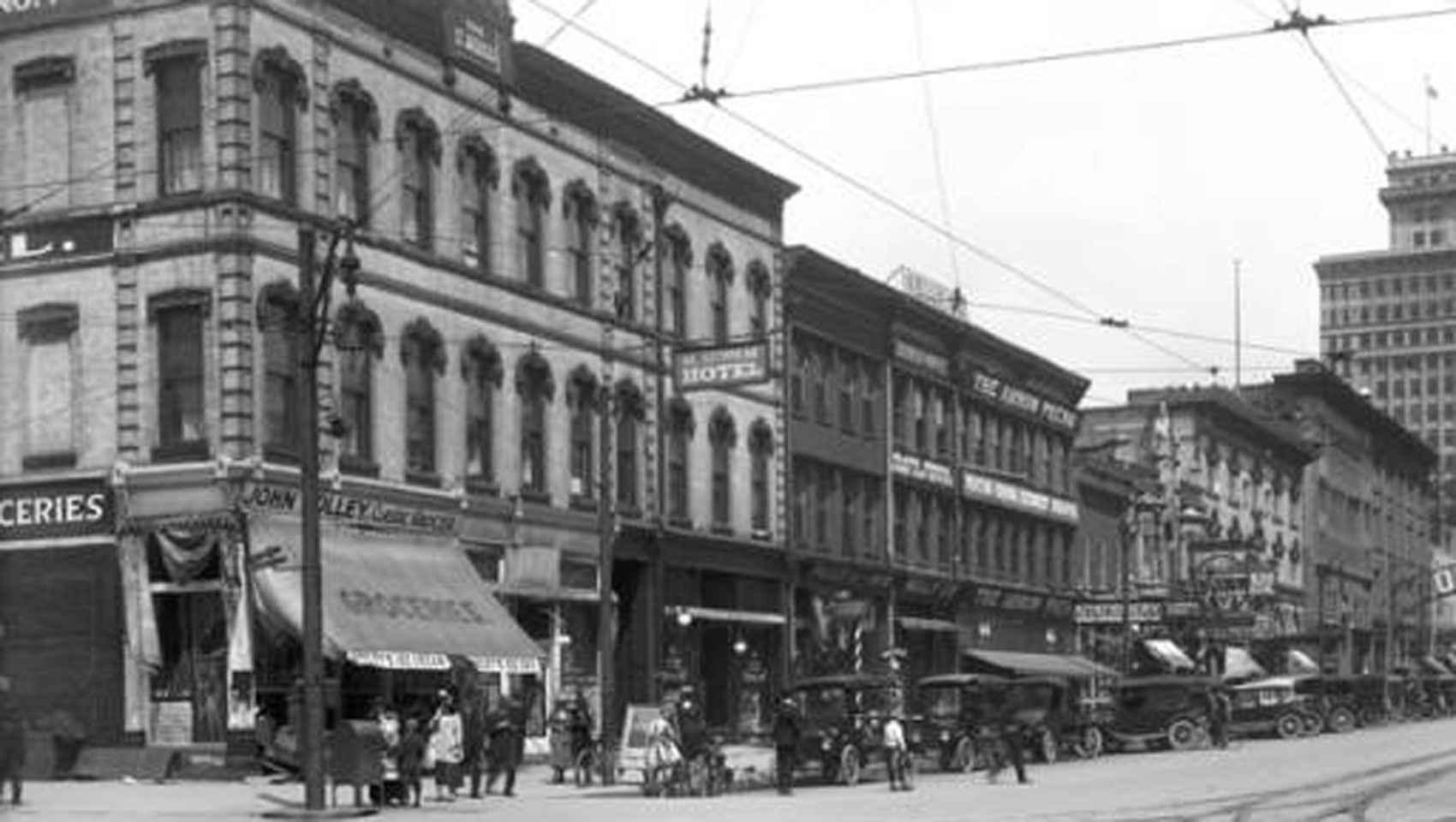 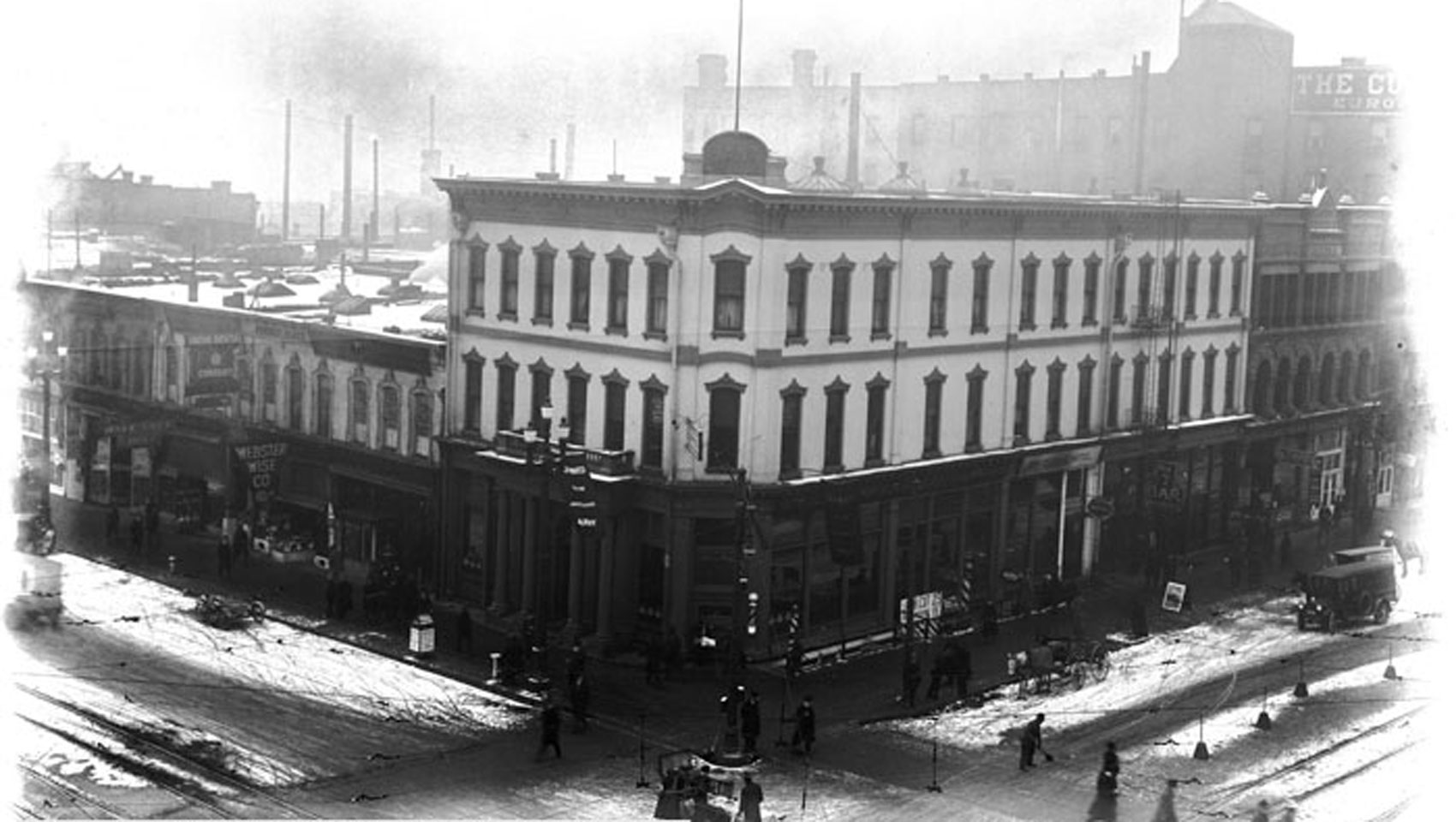 National Bank of the Republic 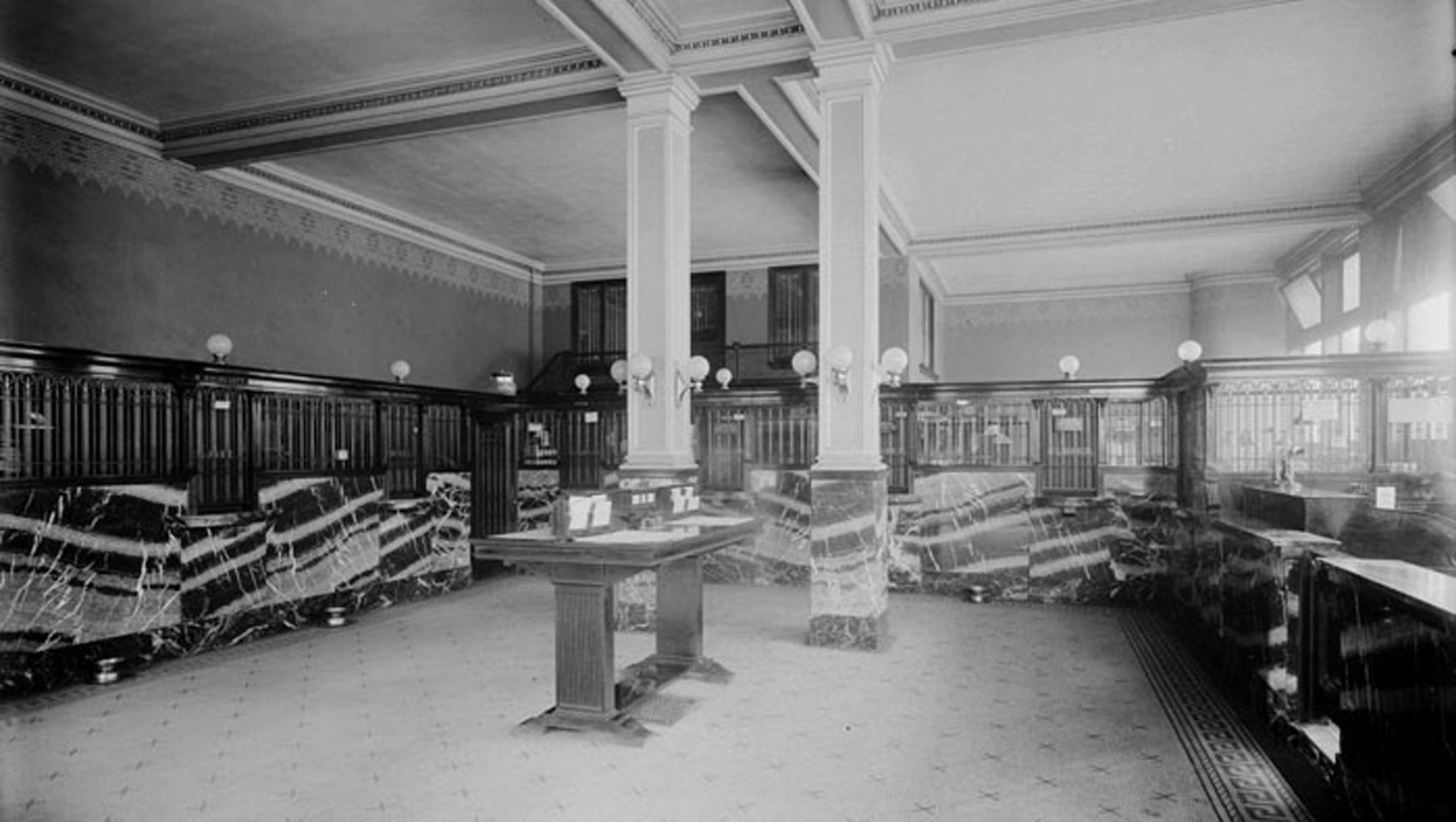 National Bank of the Republic Interior 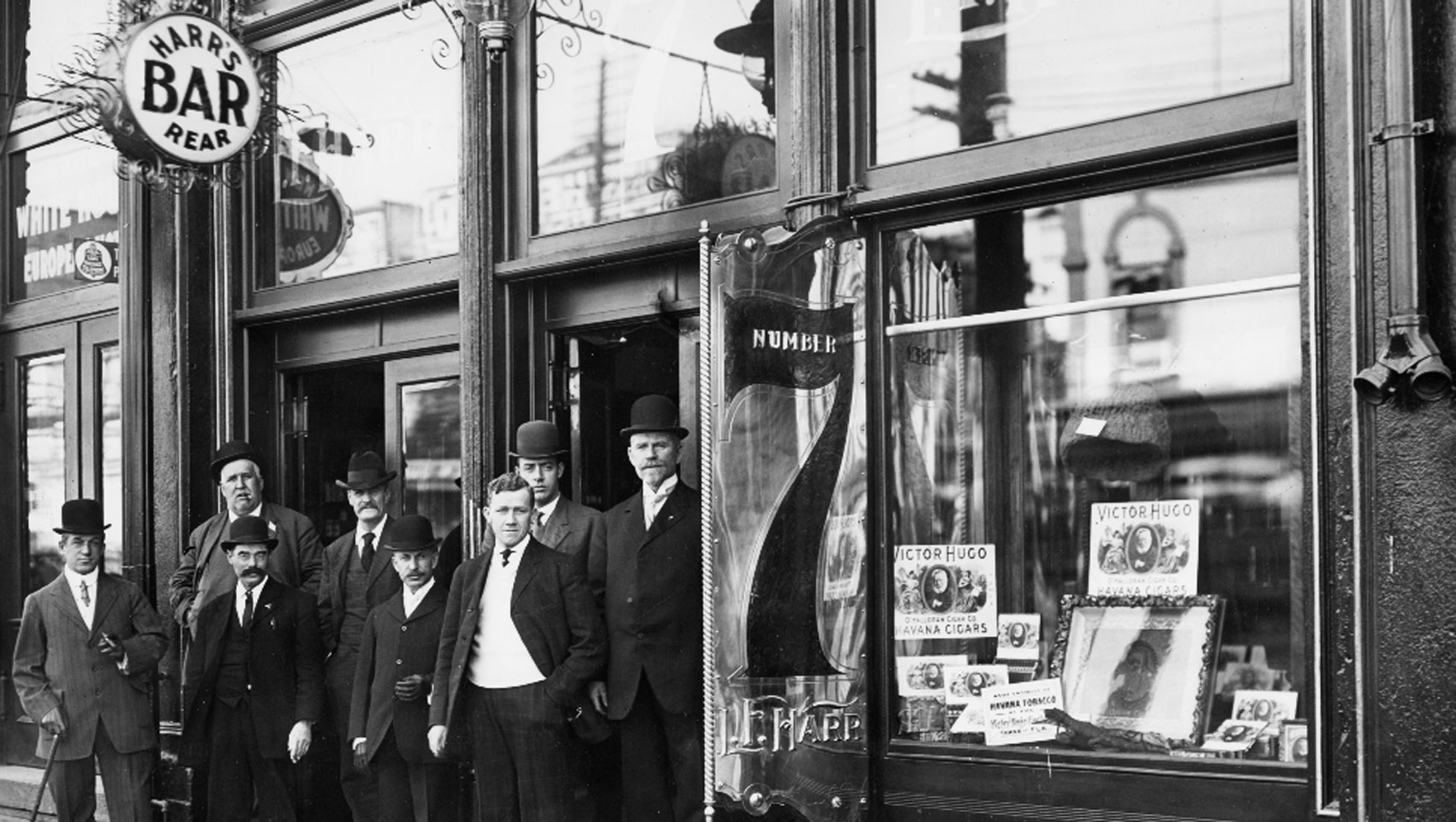 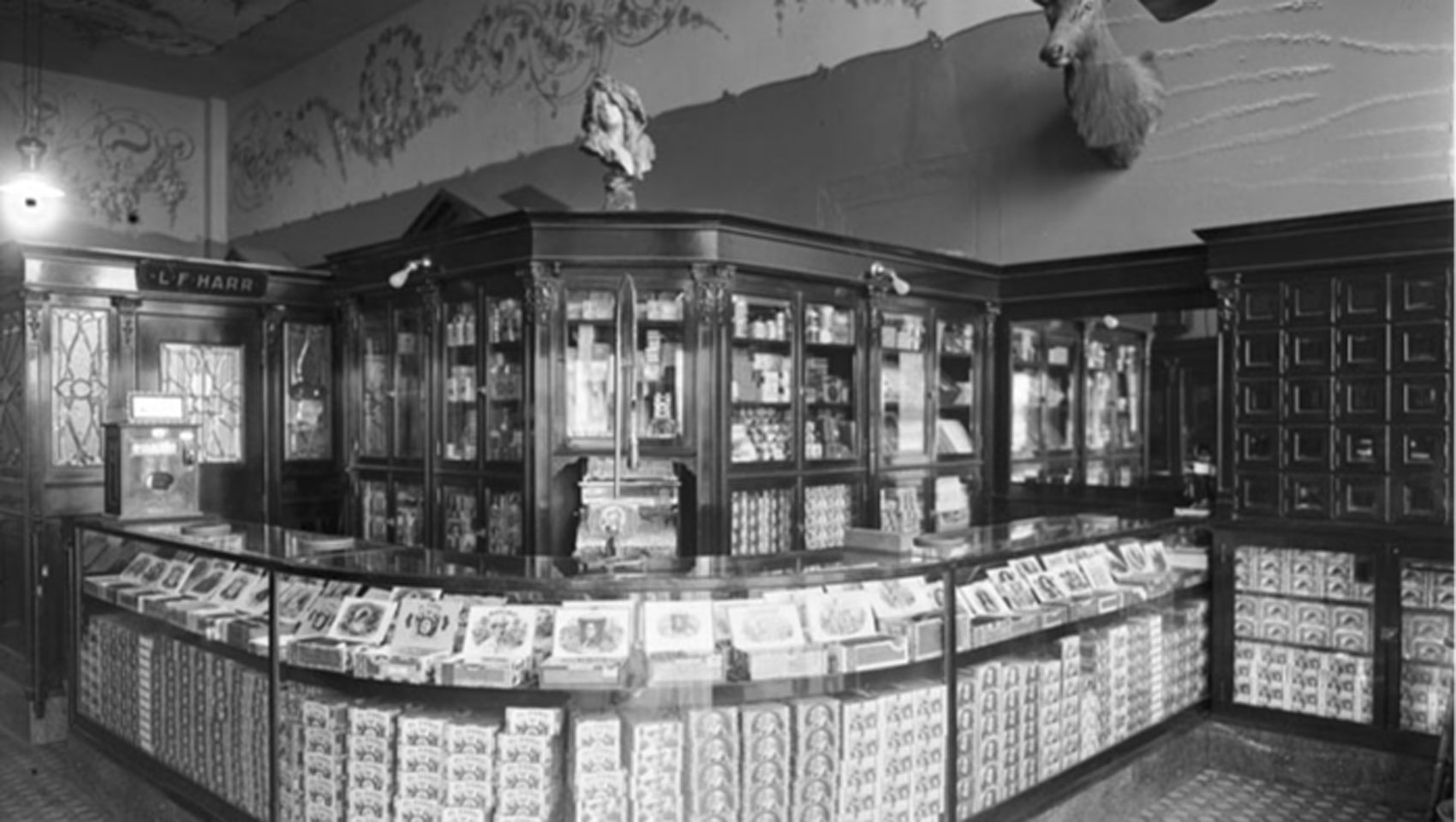 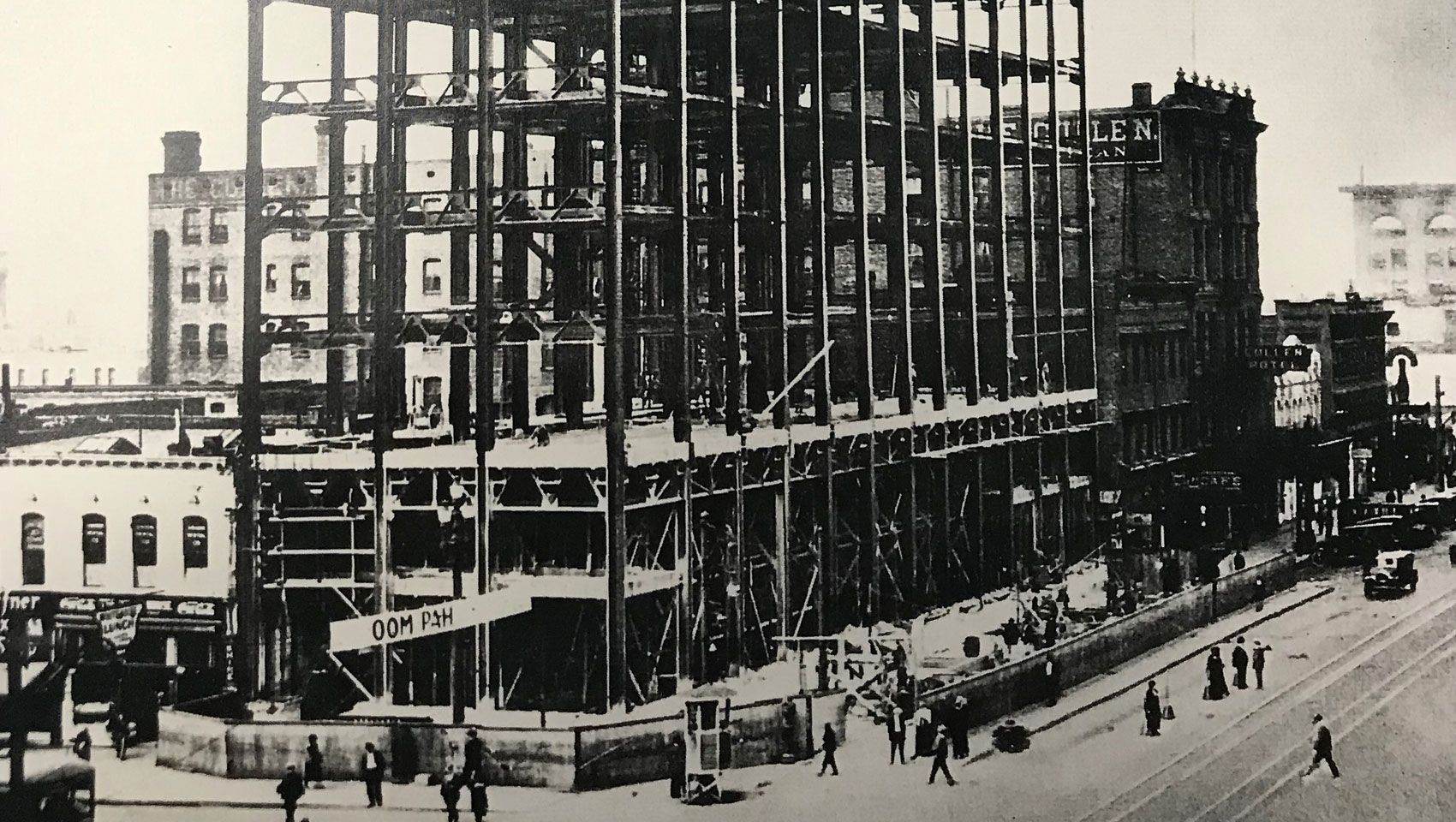 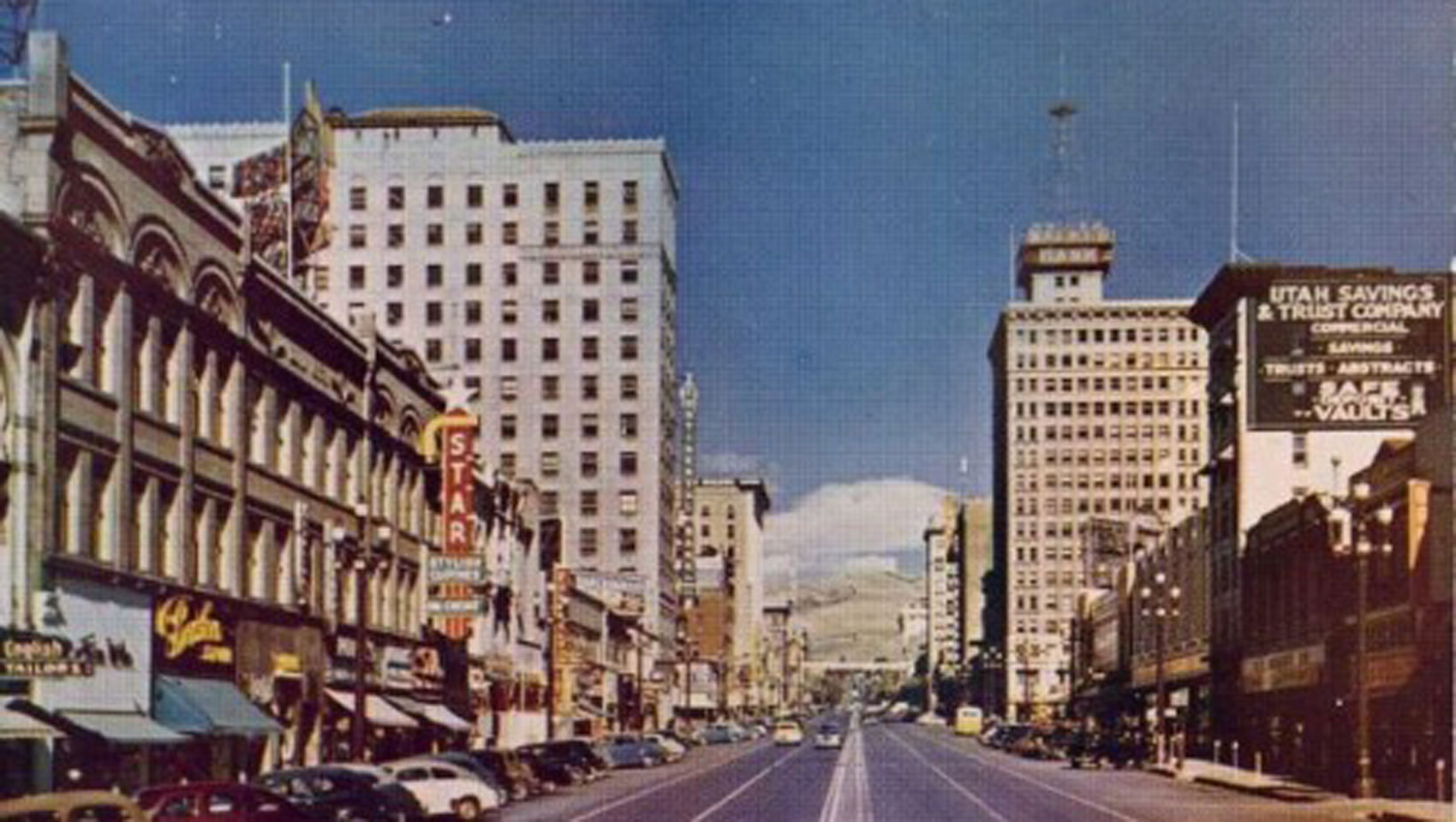 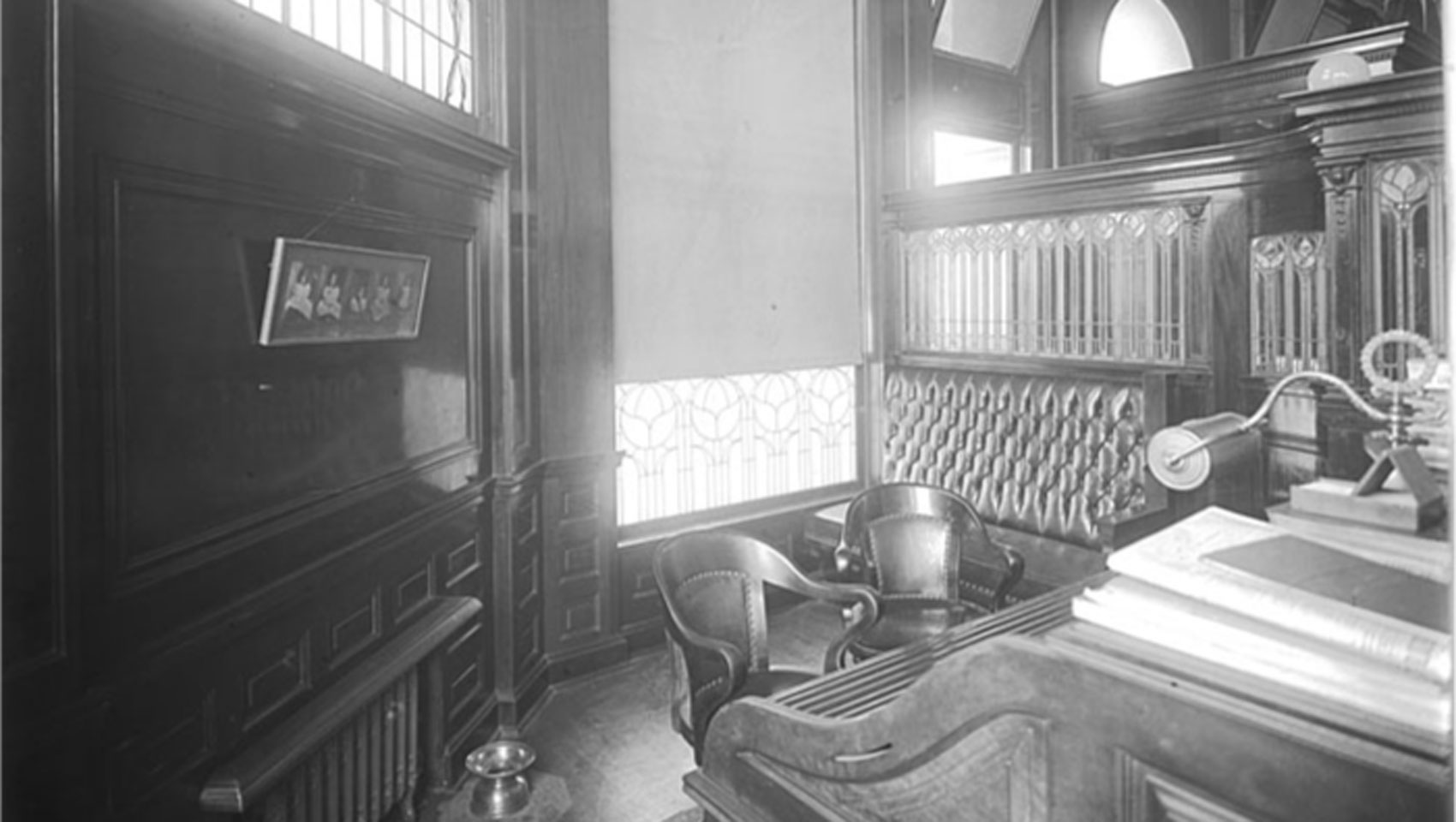 It was in the surging Salt Lake City economy of the second half of the 19th century that the Delmonico Hotel and Restaurant, the first proper building to occupy this site, opened along the developing Main Street thoroughfare. It’s said that this was the first non-bed and breakfast hotel, and the first restaurant, in Salt Lake City. 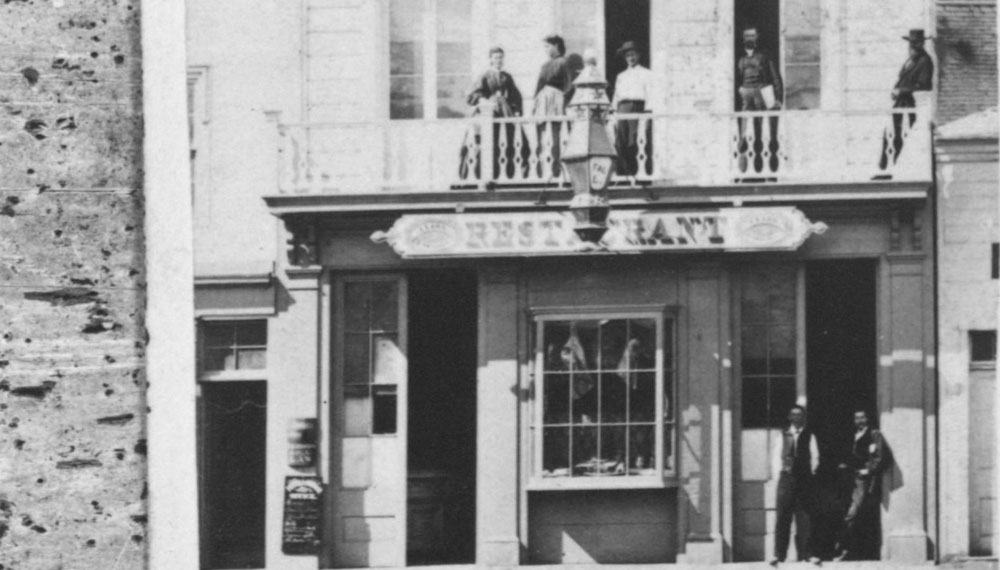 The completion of the First Transcontinental Railroad in 1869 helped to attract a wealth of visitors, migrants and enterprising businessmen to Salt Lake City. One such entrepreneur, Simon Bamberger, purchased the modest Delmonico Hotel with several adjacent lots and constructed The White House Hotel, with 56 rooms and a restaurant simply referred to as The Dining Room. The hotel had a modern lobby and a street-level barbershop and pharmacy. It became the most highly advertised and popular stop for railroad travelers heading west. 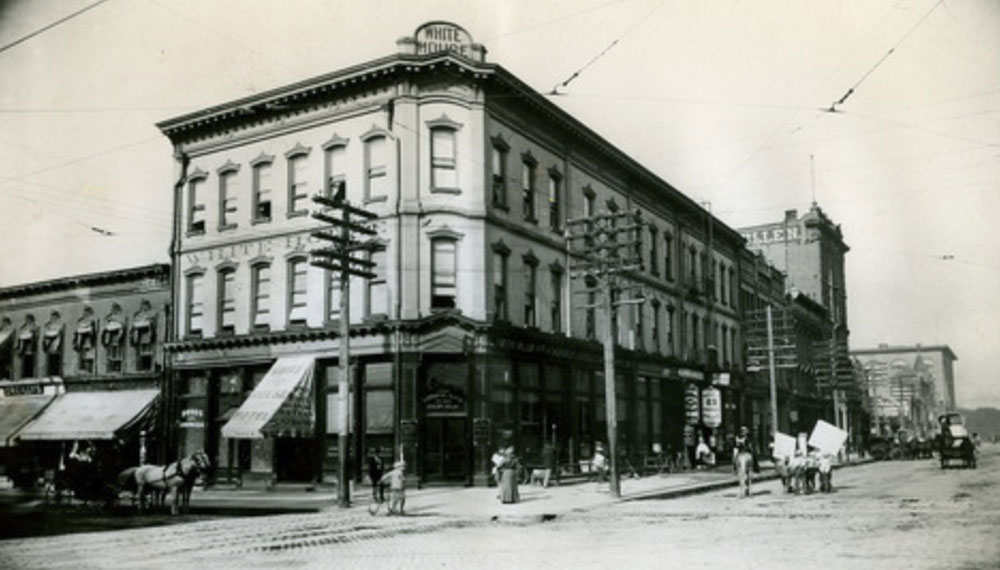 The National Bank of the Republic was organized in 1890 by Frank Knox. As the bank grew to become the largest national bank in Utah, Knox remodeled the lower floors of the White House Hotel, which he acquired from a fellow member of the Alta Club (a gentlemen's social club founded in 1883) to accommodate it. The entrances for the bank and hotel were switched between Main Street and 200 South and The Dining Room was closed with the space going to various businesses over time including the popular bar/cigar shop Harr's No. 7 (located approximately where Kimpton Monaco’s current bar is) which was cited frequently for its alcohol violations and illegal gambling. 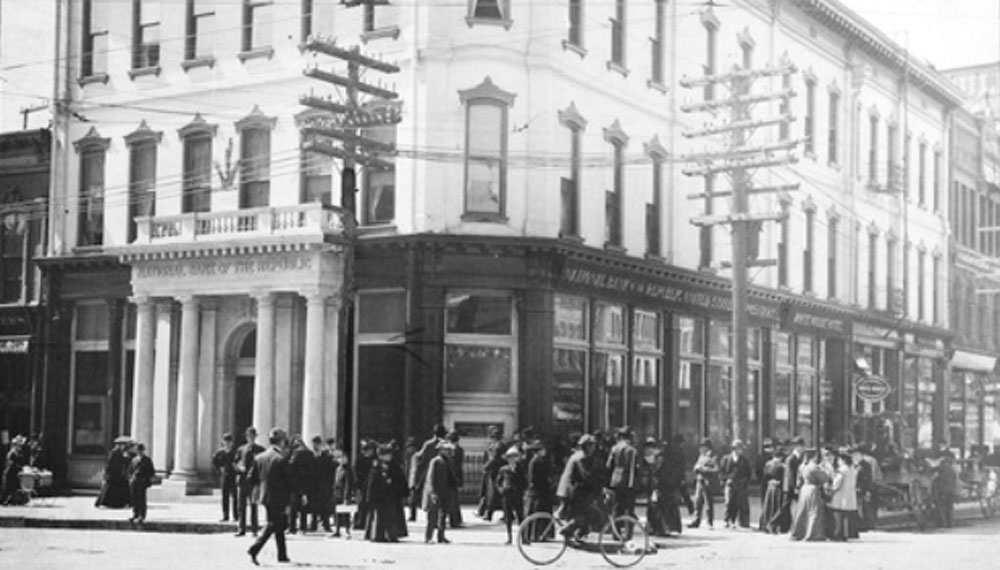 In 1922, James E Cosgriff, a banking mogul in the intermountain area, merged his corporation of consolidated banks with the National Bank of the Republic. His new company, The Continental National Bank and Trust Company, then demolished most of the previous bank building and constructed a modern 13-story high rise, keeping the Second Renaissance Revival style of the bottom two floors and opting for a strictly utilitarian-style treatment of the upper floors. 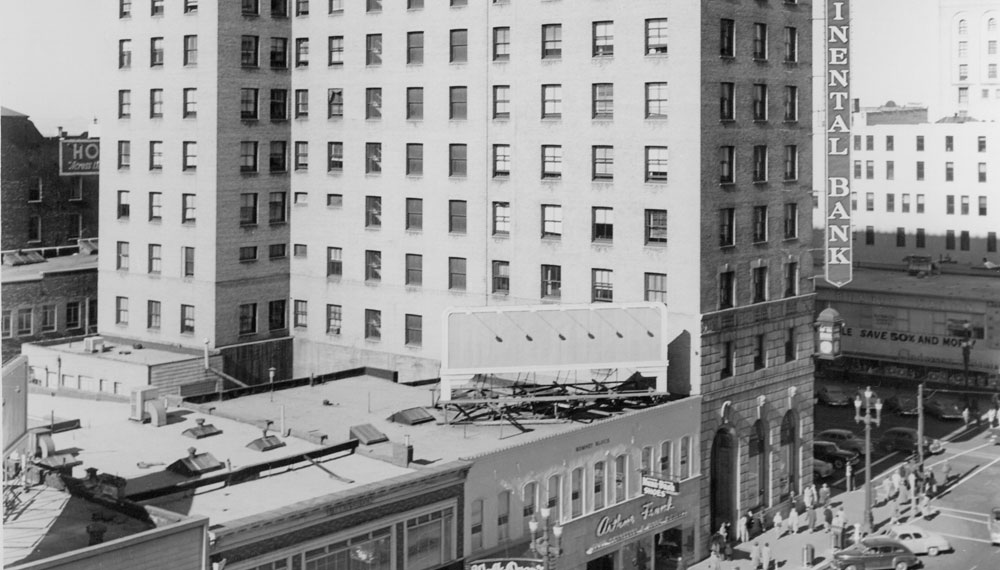 By the early 1990s the Continental Bank building showed signs of neglect and the entire block was in various stages of dilapidation. In 1998 the Kimpton Group purchased the building, having also considered the Karrick and Lollin buildings, for its Salt Lake City boutique hotel. In only one year they completely gutted the building, installed plumbing, electrical, heating and cooling systems, rebuilt elements of the original bank lobby, and restored the exterior carved stone faces, cartouches, cornice and simulated balconies. 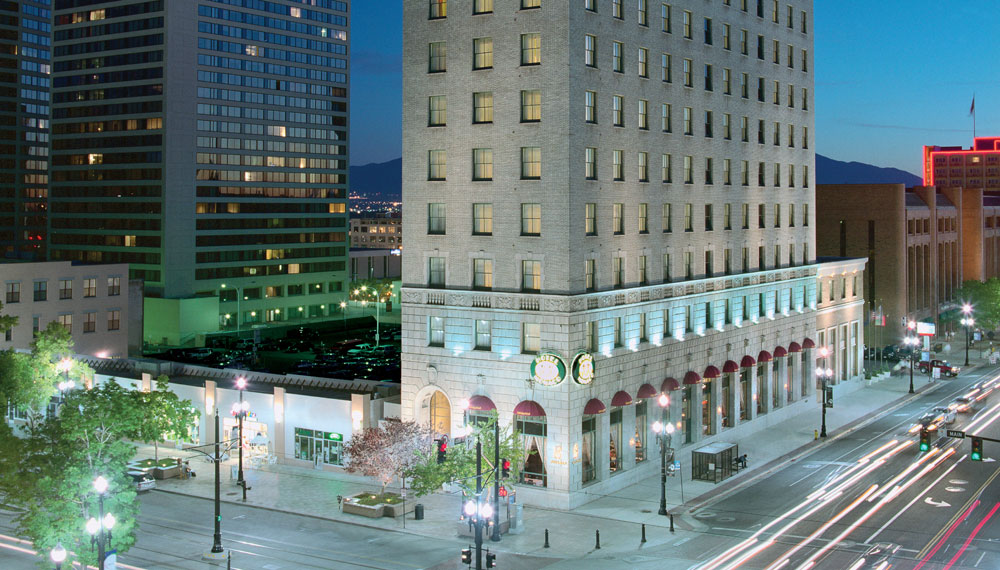